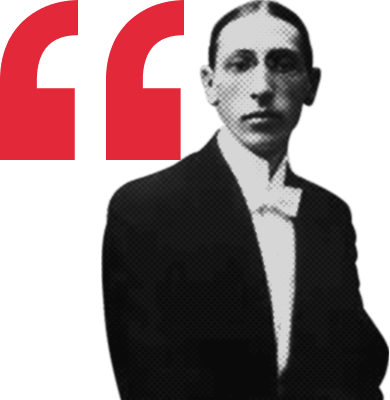 «After marriage I built a new house directly on the shore of the Luha, about a kilometer from Ustyluh. A feature of this house, built on my own project, were two large mantels with chimneys and a balcony to the side of the river. From 1907, when the construction of the house was completed, and until 1914, when the war tore me away from Russia, I spent at least part of every summer there. Ustyluh was a paradise for creativity, and I brought Bechstein’s grand piano from Petersburg».

Theme «Stravinsky and Volyn» became popular on the pages of Ukrainian newspapers and books in the late 70’s of the XX century. Exactly at that time the world was preparing to celebrate the 100th anniversary of birth of the world-famous composer.
Almost immediately conversations began about the need to create a museum of Igor Stravinsky in Ustyluh, because this is where «Stara myza» house, built in 1907 on the composer’s project in the style of a Swiss chalet located. It was here in Ustyluh town where Stravinsky rested and worked every summer from 1907 to 1914, hiding from the noise of St. Petersburg and Moscow.

Igor Stravinsky called Ustyluh «paradise for creativity». And his son, the famous Swiss artist Fyodor Stravinsky, who spent much of his childhood here, said: «The rays of happiness permeate my memories of Ustyluh…»

In fact, Ustyluh became a haven for three generations of the Stravinsky family – the famous singer of the Mariinskyi Theater in St. Petersburg Fyodor Stravinsky, his son, the world-famous composer Igor Stravinsky, and the son of the last – Fyodor (generally in the European manner Theodore), internationally recognized Swiss artist.

It is believed that it was here that Igor Stravinsky created his best pieces of music. Will remain forever in the history of world music folklore of Volyn, etched in the orchestra play «Fireworks» (1908) and ballets «Firebird» (1910), «Petrushka» (1912), «The Rite of Spring» (1913), «The Wedding» (1914-1923 рр.).Work on the formation of the Museum began in 1982. Scientists of the Volyn Regional Museum Olena Ohneva and Oleksa Oshurkevych conducted research on the life and creative path of the composer, and this finally confirmed the need to create the Museum-estate of Igor Stravinsky in Ustyluh. Volodymyr Tereshchuk, who has been the permanent director of the Museum-estate of Igor Stravinsky from the beginning to the present, actively assisted. 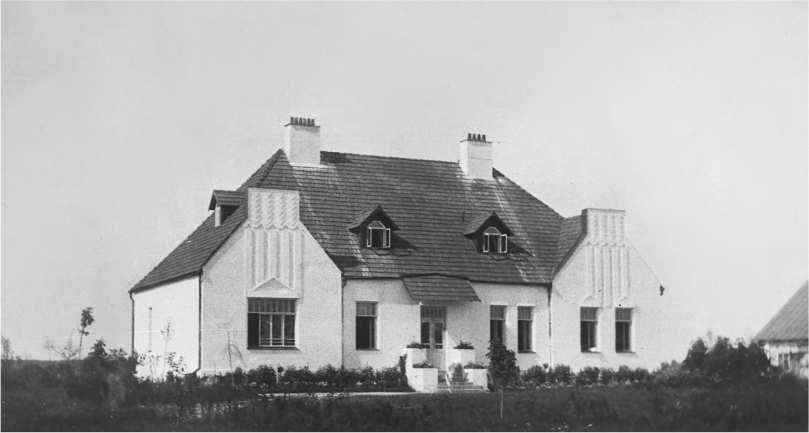 The Stravinsky House in 1907

The founders of the Museum-estate of Igor Stravinsky are also grateful for help during the formation of the final exhibition to the Paul Sacher Foundation (Bazel, Switzerland). Paul Sacher (1906 – 1999) – The Swiss conductor, music teacher and philanthropist, was one of the central figures of the musical life of Switzerland of the XX century and had a large private collection of valuables. Initially, the Paul Sacher Foundation was formed to preserve the P. Sacher Library, but over time it began to expand with other exhibits, including exhibits related to the life of Igor Stravinsky.

Thus, the first exposition of the Museum in Ustyluh was opened in 1990, and it concerned only the so-called «Russian» period of composer’s creativity. In 1994, the second, slightly updated exposition opened. Already in the early 2000’s the museum has been under restoration and reconstruction since the house was rebuilt in a two-storey barrack in the 1950s, and since the 1980s a music school has been located there. On September 29, 2013, Museum-estate of Igor Stravinsky started working again. Look of the house he had at the beginning of the twentieth century was reconstructed and the exposition was changed. The author of the new exposition is the candidate of historical sciences Olena Ohneva.

The current state of the Museum-Estate after the 2013 restoration

The four halls of the Museum, based on the thematic-chronological principle, present materials that tell about the life and creative path of the genius composer, his stay in Ustyluh, his last visit to the Soviet Union.

There is a valuable photo in the museum, donated by the Paul Sacher Foundation, on which the composer records Ukrainian lyre player at the threshold of his home in Ustyluh during work on the ballet «The Rite of Spring». This testifies to the connection of Stravinsky’s creative work with Ukrainian folk art.
Among the exhibits in the Museum are presented: an album of drawings about Ukraine by father of the composer – Fyodor Stravinsky; photos of the Stravinsky family; drawings by the composer; letters from the eldest son of the composer Fyodor Stravinsky; grand piano Becker dated the end of the XIX century. You can also enjoy a walk along the lime and maple alleys planted by Igor Stravinsky to the mouth of the Luha River. 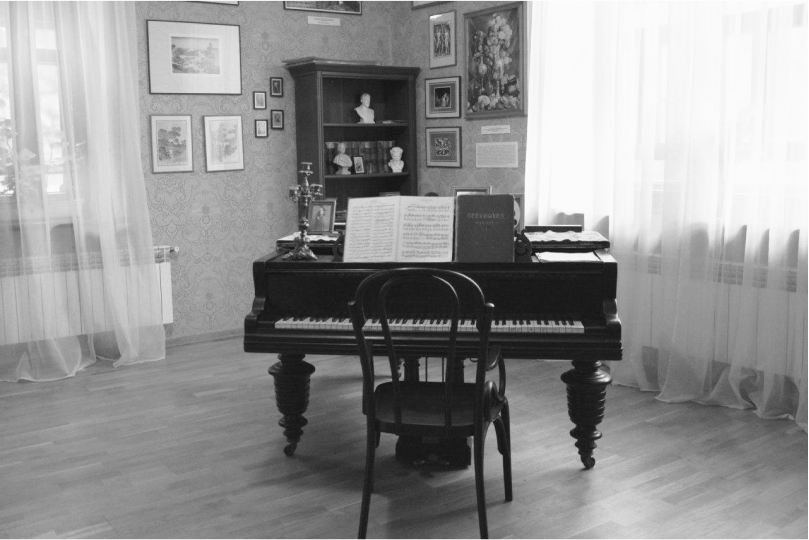 Modern view of a room with a piano in the Museum

The building, which houses a museum, is classified as «Historical monument of national importance».
Indoors of the Museum is also located Ustyluh Children’s School of Arts. 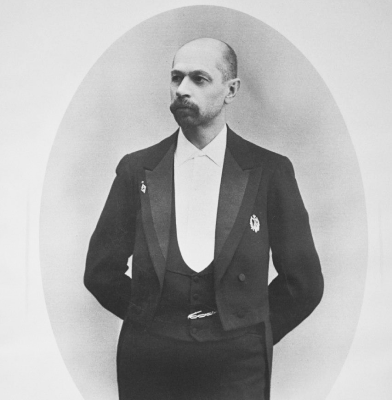 Fedor Stravinsky, father of the composer

Fedor Stravinsky, son of the composer 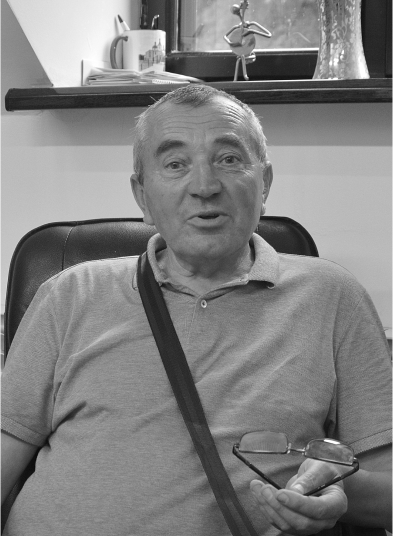 Vladimir Tereshchuk, director of the museum